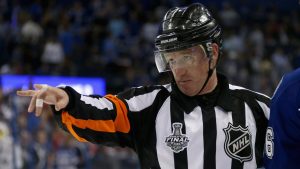 Hockey, as a game, is known for its ruthlessness, with many fans enjoying the physical contact, and sometimes fights, that erupt during the game. For the National Hockey League fans, it will be a surprise to know, that in the Olympics, the rules governing the game, regarding fighting and other forms of direct contact, are different from those of America’s NHL. With the Olympics in 2022, there are rules that you need to know, and here, we are going to highlight some of the rules that are different, for you not to be surprised when watching an Olympic ice hockey game.

A shootout has only been adopted in the NHL regular season games, while in the Stanley Cup playoff, the teams play extra time until a winner is determined when a team scores the tie-breaking goal. In the Olympics playoff, tied games play for a ten minutes sudden death, and if there is no winner, then the games go to a penalty shootout, involving three players from each team.

In North America, the standard ice rink is 200 feet long and 85 feet wide and has a goal line which is 11 feet from the end board. In Europe, most of the ice hockey venues measure 210 feet long and 98 feet wide, and the goal line is 13 feet from the board ends. The extra space may be used by a team to adopt a more passive defense strategy.

In an NHL game, players who fight are sent off for five minutes, while in international tournaments, such as the Olympics, players are penalized, and forced to leave the field.