The National Hockey League (NHL) has become one of the most popular sports in the US and Canada, and all over the world. Among the major professional sports in this region, the NHL has started to attract potential sponsors, and the media, making it an excellent venture for both investors and players. Betting companies have also incorporated the sport, and are now offering ice hockey markets, that gamblers can consider placing a stake in, making some money in the process. For ice hockey betting, its essential that you are conversant with how the divisions and conferences work, and other rules governing the game. 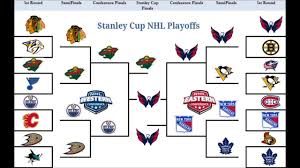 The Eastern Conference has two divisions, which are the Metropolitan and the Atlantic. Most of the teams that play in these divisions, have their bases close together, hence the naming of the divisions. This conference has eight teams in each division, and in most cases, teams from the same conference play each other, for most of the season’s games.

The Western Conference is also divided into two divisions, namely the Pacific and Central division. Because of the number of teams taking part in the NHL season, this conference has 15 teams, which are allocated to a division depending on their location. Teams from the Western Conference have been known to perform better, with a majority making it to the playoffs, compared to the Eastern Conference teams.